November reflected rather well the slightly worrisome situation that has developed due to the changes in the market but we can make more accurate conclusions within the next six months.

It is true that on the one hand, the feeling of security of the consumers for purchasing or renovating their home has decreased, as has decreased the feeling of security in all the building sector. In the market that is expressed by slower pace of growth in new developments and the extension of pre-sale periods, even though the demand of end consumers regardless of the increasing prices is very high. It probably means that the risks of instability in the market may deepen and there are increasing possibilities of a so-called correction.

After the active October, about 80 apartment transactions less were concluded in Tallinn, and the number dropped in comparison to November 2018. At the time where the secondary market has remained stable or even shrunk a little, it is reasonable to look at the market of new developments as the reason for bigger changes in the number of transactions. So it was in November when 837 apartment transactions were concluded. The median price of transactions has stabilised in Tallinn, which refers to the reduced profitability in the real estate sector, as the construction prices are increasing. 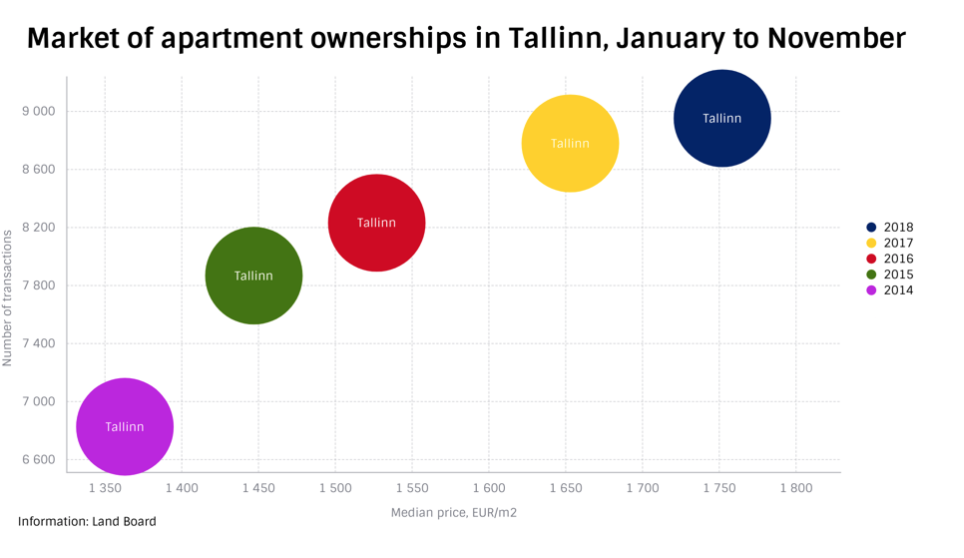 At the time when the market in Tallinn has become more careful, Tartu and Pärnu are marching one-two steps behind, in a more optimistic rhythm. Such a pattern has characterized the free real estate market virtually for the past 20 years – Tallinn is the first to react to both rises and falls, followed by its close surroundings and Tartu and Pärnu, then other areas where many locations have experienced no price increase or increase in the number of transactions. 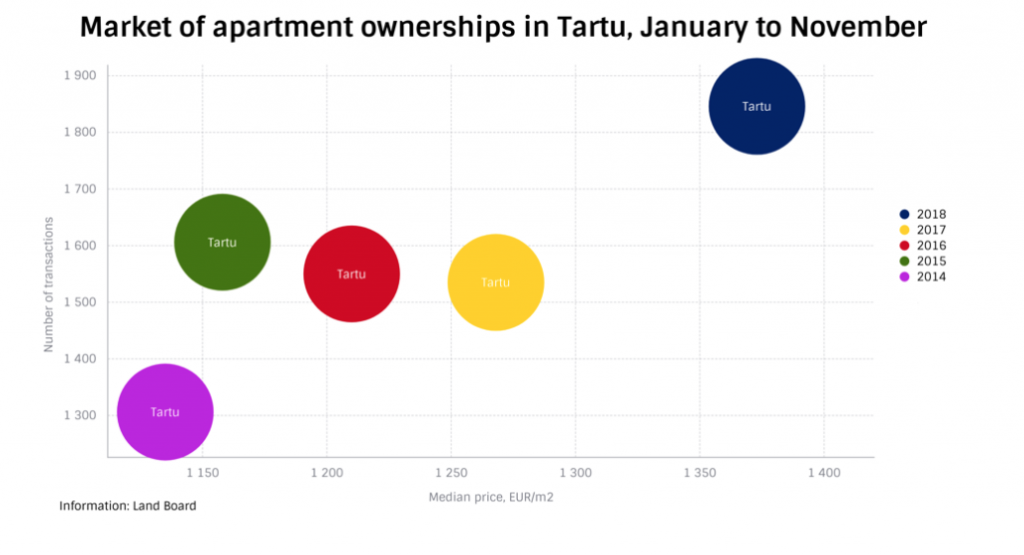 Unlike in Tallinn, it is possible to speak of increased activity in the market of new developments in Tartu and Pärnu; in comparison to the low baseline of the past two years, Tartu has been especially outstanding.

Even though the development market itself is growing, the limited volume of a small market has inhibited the growth in the number of apartment transactions in Pärnu this year. In the first 11 months, it has even decreased by 110 (841→728). In the comparison of years, also the increase in median price has slowed down (+6.6% this year, +15.4% last year). In November, 54 apartments were sold in Pärnu, with the median price of 1,133 EUR/m2. 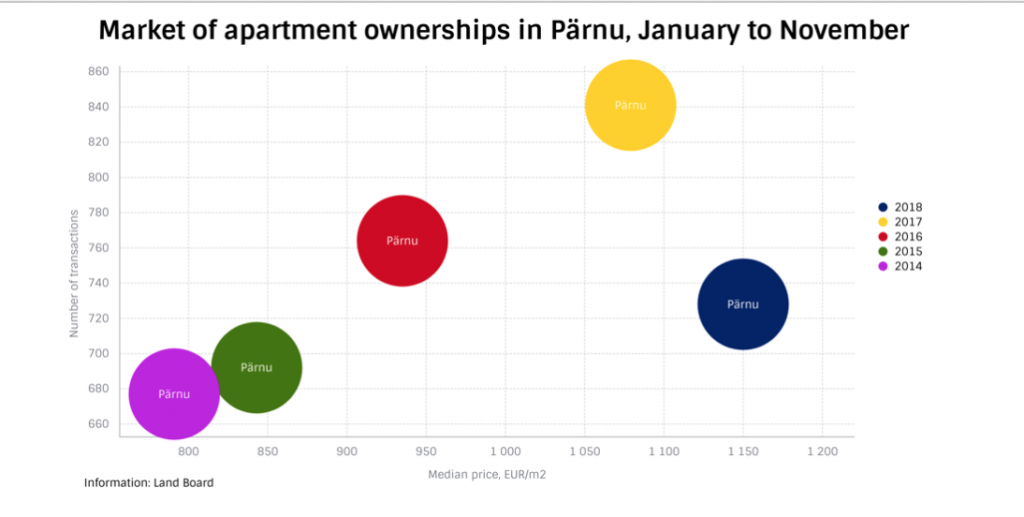 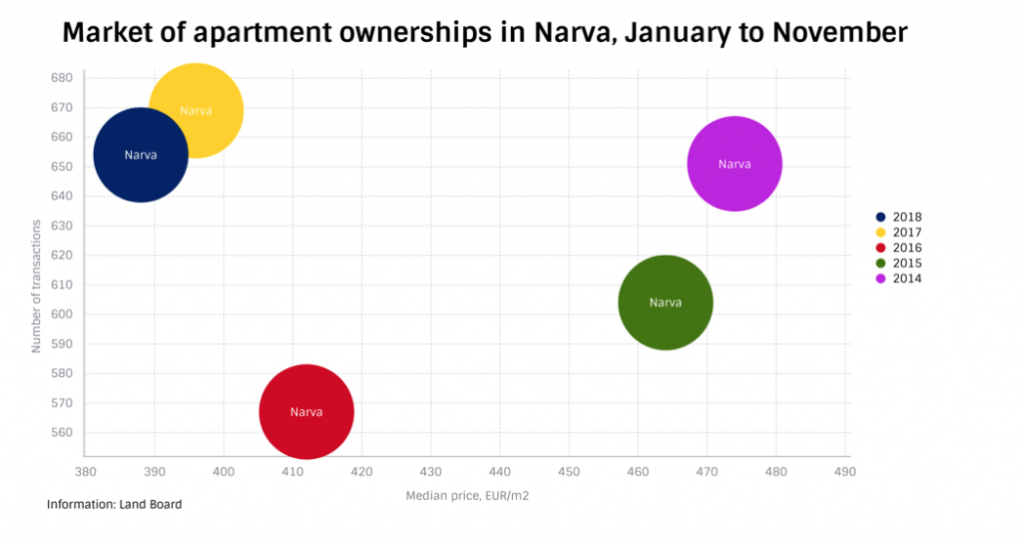