If last year it was believed that the hot weather was the cause of a smaller number of transactions, this July proved the opposite. Regardless of vacations and one of the hottest months of the year, 1,927 sales-purchase transactions of apartment ownerships were concluded according to the Land Board, which was over a hundred more than in June, remaining at the same level with the figures of this spring.

Such a tendency where the spring and late autumn turn out to be the most active transaction periods of the year and the summer, on the other hand, is less active, has become a trend. The figures of Tallinn clearly show that construction work is mainly completed in spring and autumn, and late spring and summer are the high season for starting new construction works. 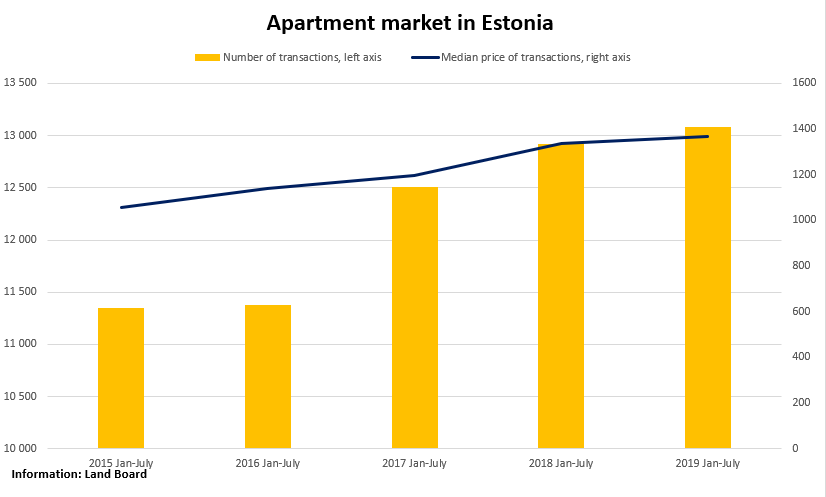 In July, the median price of apartment transactions in Estonia was 1,413 EUR/m2, when comparing the first seven months of the year, the median price has increased virtually in every county. The median price of transactions is still increasing and in a situation where the predicted salary increase is still high, it is difficult to believe that the figure should drop. The price increase in the real estate market is also influenced by the sentiment, which is mainly influenced by what is happening in Tallinn. As the offering of new developments in Tallinn in comparison to the same period last year has been reduced by nearly 400 and as the demand is still strong, it has accelerated the price increase, which will have an impact in the next 12 months. In addition, regardless of the reduced volume in Tallinn, development activity is still optimistic, however, at a greater distance from the centres where the price level is lower. This year and next year, new apartment buildings shall be completed in Kuressaare, Rakvere, Viljandi and Võru, which will definitely have positive influence on the statistics. It is highly likely that the growth in median price may temporarily speed up before it will slow down again. 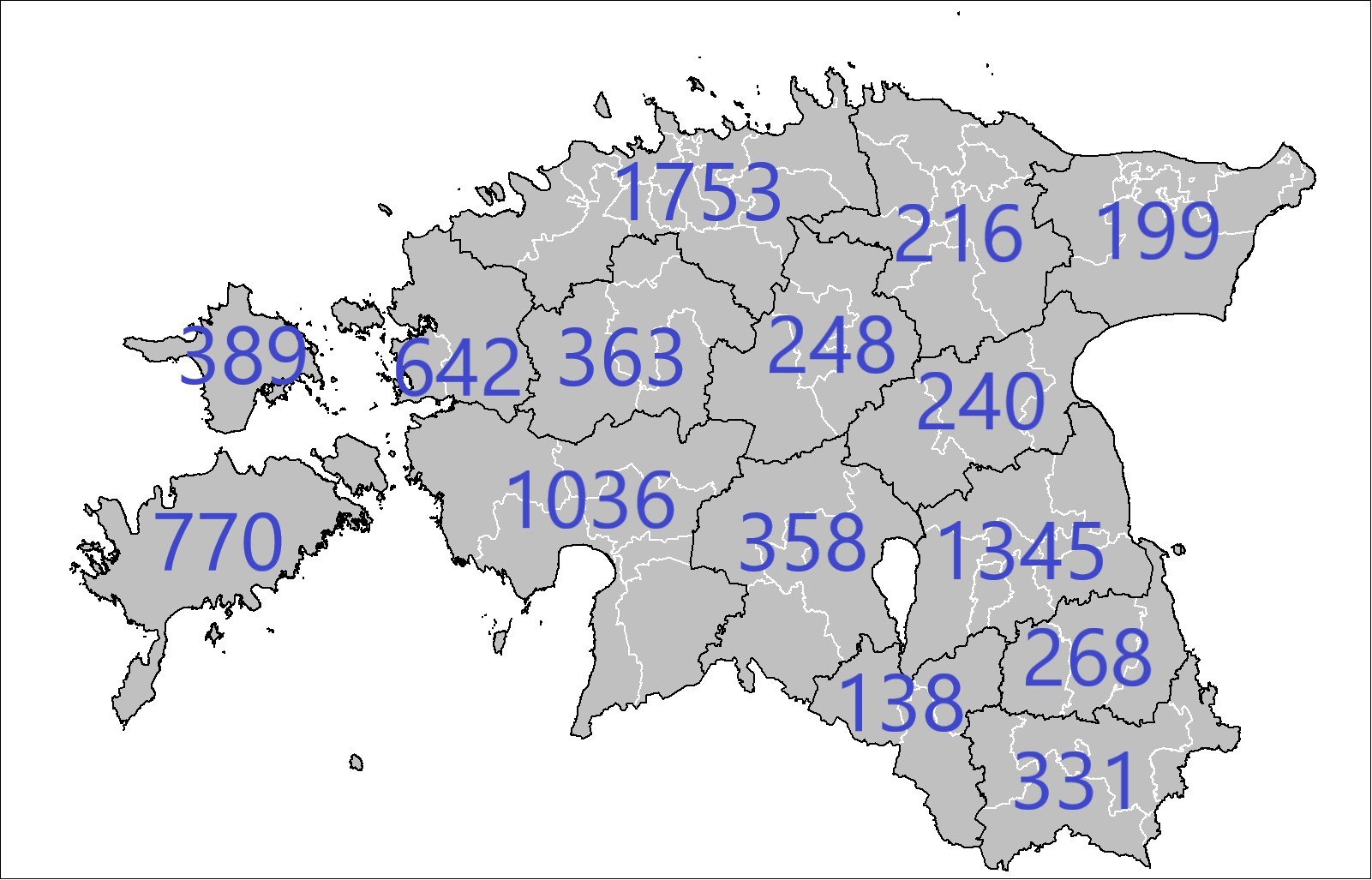 Median price of apartment transactions in the first seven months of 2019. Information: Land Board

The reduced offering in Tallinn was already mentioned above, as well as the fact that it has had a negative influence on the number of transactions. The number of transactions in the first seven months of last year that was larger by nearly 170 does reflect the trends showing that the volume of offering of new apartments has decreased by nearly 400 in the past 12 months. However, as the demand has remained the same and the stock absorption has accelerated, the asking price of new developments, (especially in the outskirts of the city where the stock absorption is usually quicker) has increased by nearly 200 EUR/m2 in comparison to that of last year. A quick calculation shows that the median price of transactions that exceeded 1,900 EUR/m2 in Tallinn both in June and July, may increase even to 2,100 EUR/m2. In total, 5,525 transactions were concluded in In Tallinn in the first seven months of the year, with a median price of 1,855 EUR/m2. 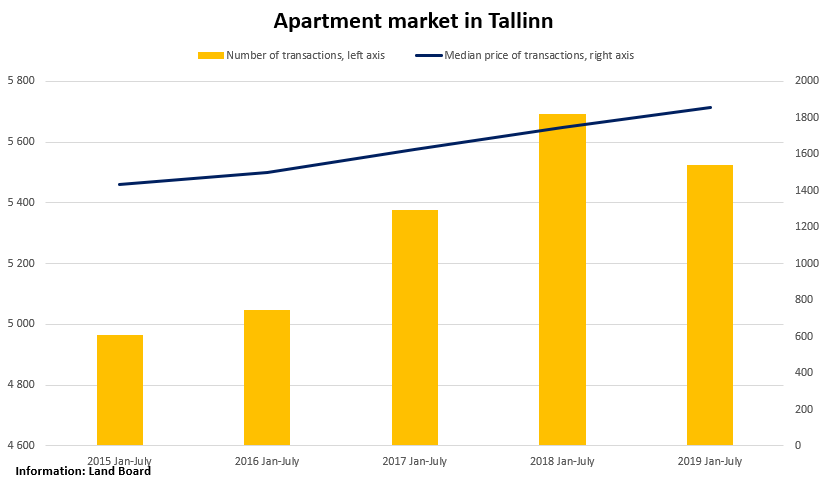 In Tartu, July was the most active month of the year due to a higher-than-average influence of new developments – 186 sales-purchase transactions of apartments were concluded, with a median price of 1,456 EUR/m2. In comparison to the same period last year, the activity of transactions has remained stable after the strong increase last year (–30 transactions), the median price has increased by 72 EUR/m2 (1,359→1,431 EUR/m2). 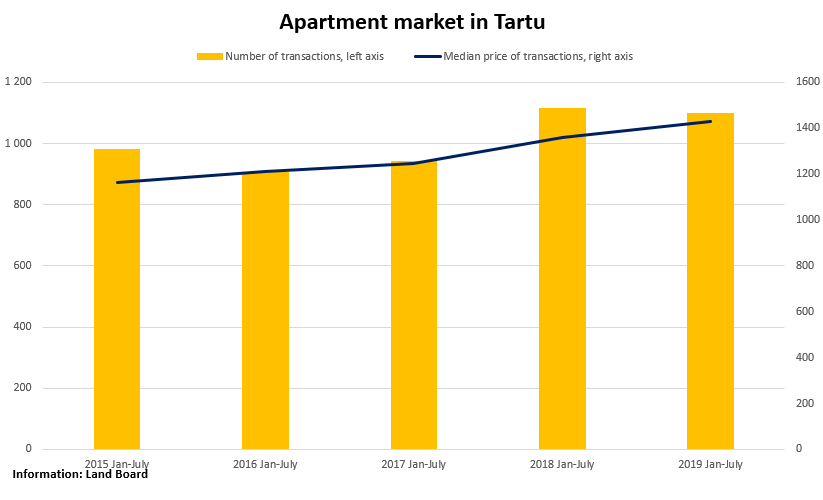 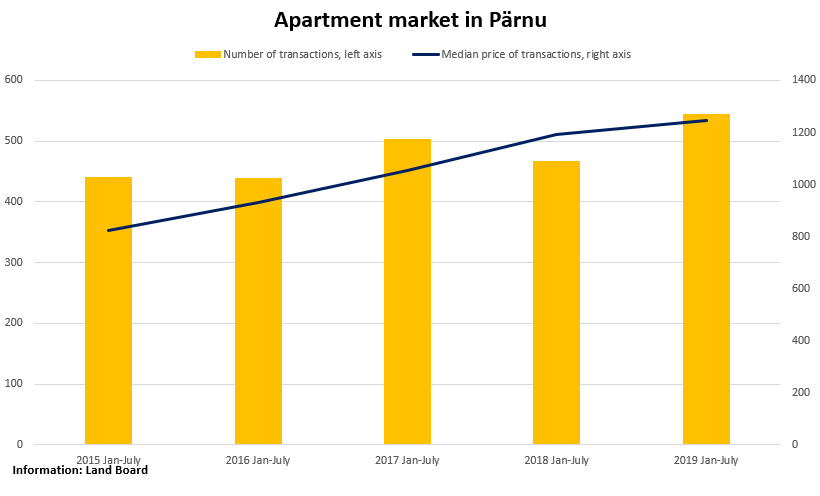 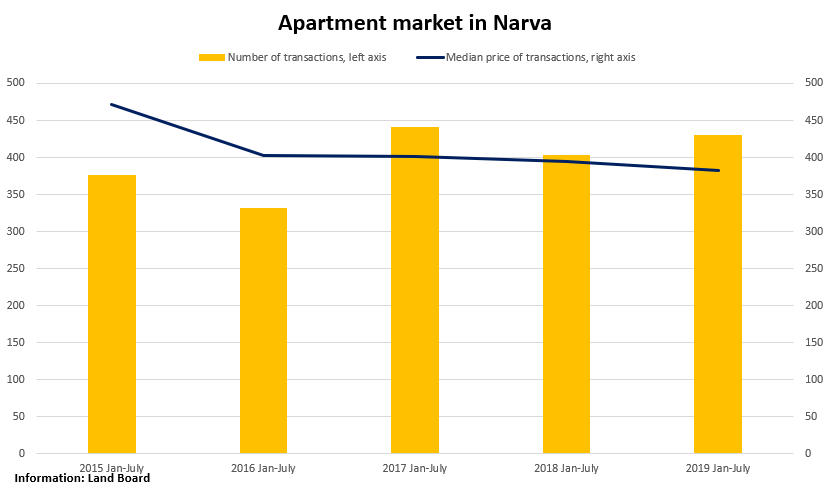