As customary for the beginning of the year, January was rather modest: according to the initial data, 1,605 sale/purchase transactions of apartment ownerships were concluded all over Estonia, which was slightly below 100 less than last January and over 70 less than in December. The drop in the number of transactions has been extensive, even though quite varied in different areas.

In all of Estonia, the median price of transactions was still lower than the one in last December, mainly due to Pärnu and Tartu counties where the volume of new developments was lower than in December (–4.9%), which is typical for the beginning of a year. The prices will probably remain high also in the nearest future, as the macroeconomic prognosis does not predict that the situation should suddenly become worse.

752 apartments were sold in Tallinn, which was only 1 less than in December and nearly 60 less than in last January. However, Tallinn is a big market where the fluctuations in the volume of new developments are smaller than in smaller towns, and the low baseline of the end of last year must also be considered. The price increase of apartments, however, does not seem to cease, and for the second consecutive month, the record of median price of transactions was broken in Tallinn, the new record being 1,878 EUR/m2. In comparison to the same period last year, it was even 9.3% higher.

In Pärnu, the sales market of new developments has been quiet already for some time, and thus the figures of January were rather similar to the previous months. For instance, in comparison to December, the number of transactions even increased, as well as in comparison to last January. In total 55 transactions were concluded in Pärnu with a median price of 1,094 EUR/m2. 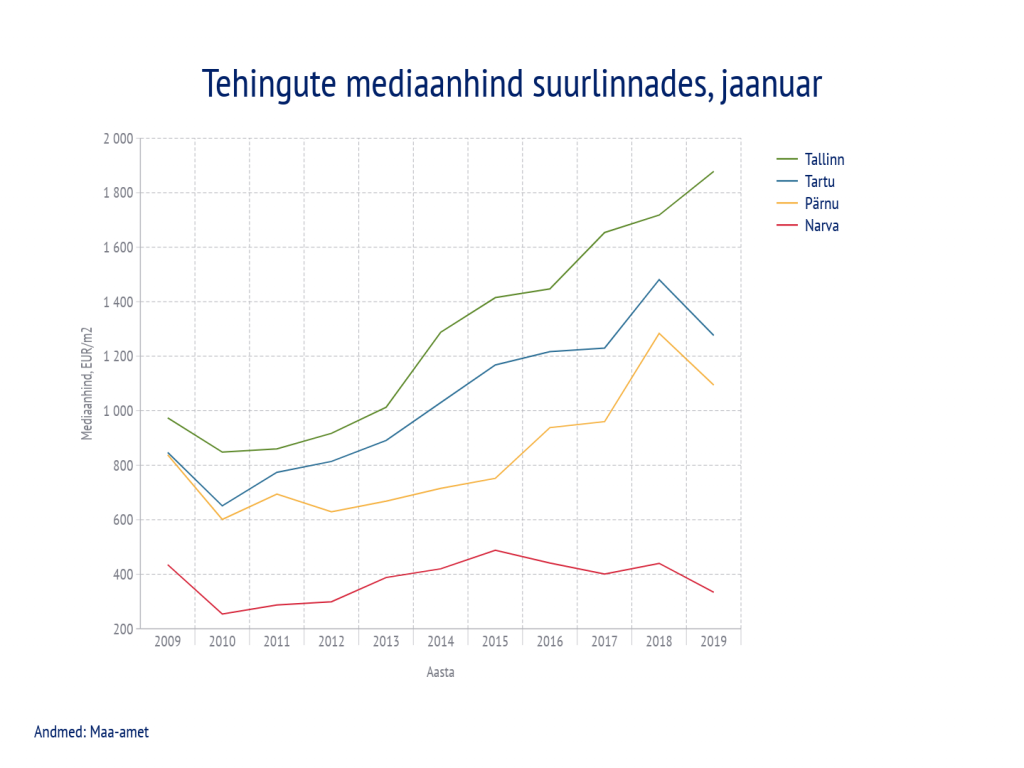