In December 2018, cooling of the real estate market continued, even though during the whole year of 2018, more apartment and house transactions were concluded in Estonia than in the previous year. However, today the cooling mainly concerns the capital and is not characteristic of the whole country.

Higher input expenses, shrinking profit margins and a large number of offers have increased the insecurity of developers in spite of strong demand. Therefore, the number of new apartments completed decreased in 2018 and also the statistics of building permits showed a decline. The drop started already from the 3rd quarter and continued also in the 4th quarter based on the high baseline of the previous year.

In Tallinn, over 200 apartment transactions less were concluded in December in comparison to the same period last year. However, thanks to the usual higher share of new developments at the end of the year, the median price grew to the highest level of all time – 1,858 EUR/m2. The previous record-breaking figures belonged to last December and June of 2018 when the median price was 1,808 EUR/m2.

In total, 9,698 sale/purchase transactions of apartment ownerships were carried out during the year, which was slightly over 60 transactions less than during the previous year. Also the growth in the median price of the transactions slowed down. If in 2017 it was 8.2%, in 2018 the prices increased by 5.7%. Looking at the sales speed of the new apartments brought into the market in the past months, there is a risk that the demand may decrease due to high asking prices. 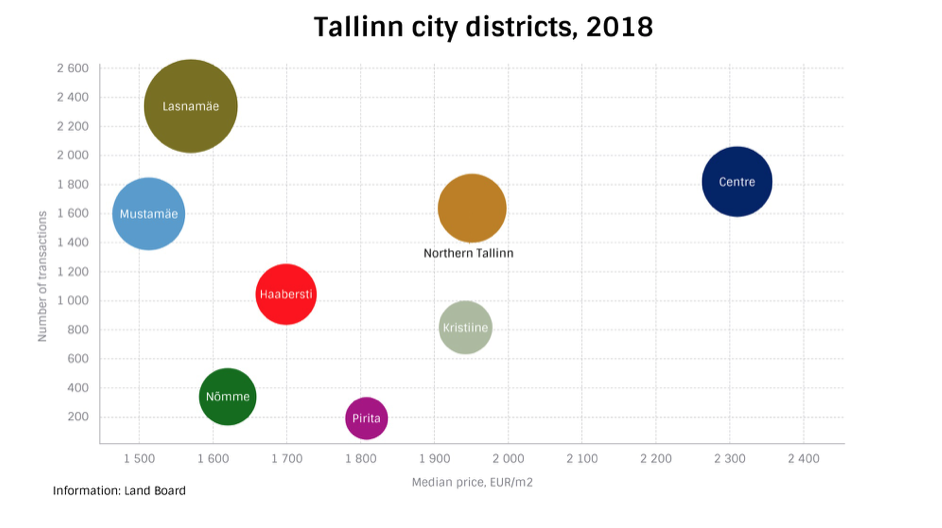 In Tartu, the number of apartments sold in 2018 increased considerably, even by 300 in comparison to year 2017. It is worth mentioning that during the recent years, the number of transactions in Tartu was at standstill, and thus the large increase is greatly based on the low baseline of the previous year. The increase in Tartu will probably slow down this year, especially considering the fact that the 300 additional transactions also brought along a growth in the median price of transactions (1,275→1,387 EUR/m2), increasing by 8.8%. However, unlike in Tallinn, the optimism of developers is greater in Tartu, which is also characterized by an increased number of apartments that have received building permits.

Due to improved incomes and low unemployment, the prices continued to increase, the median price of transactions dropped only in four counties (Hiiu County, Ida-Viru County, Valga County, Viljandi County), whereas Valga County was the only county where prices dropped for the second year in a row. Of absolute prices, the prices increased most in Tartu and Harju counties, in the rest of the counties, the price increase was actually very small, mainly 20 to 50 EUR/m2. 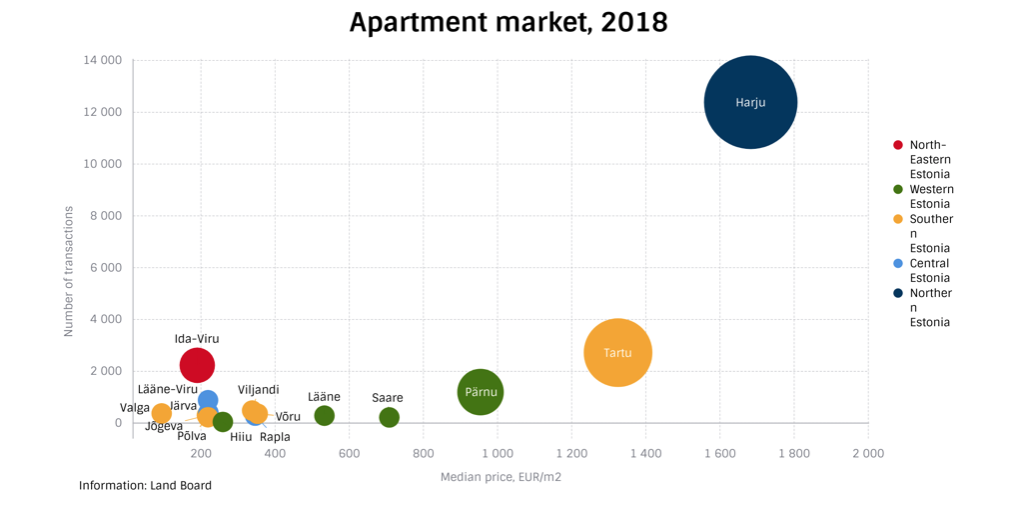 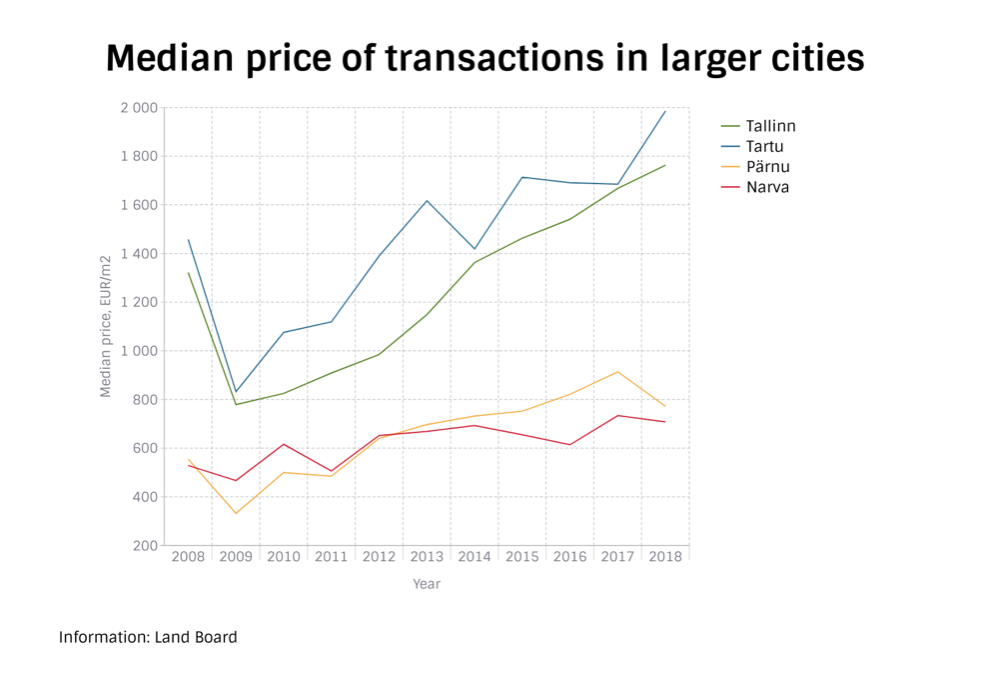 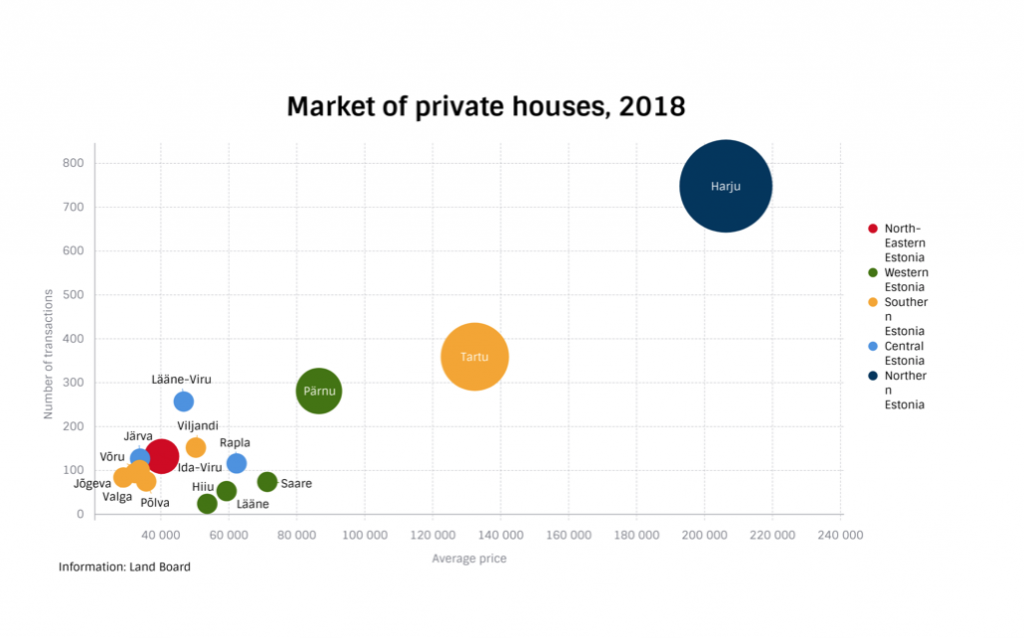