Recovery of the real estate market that started immediately after the restrictions were eased in May and June continued as the next logical step also in July. In July, 1784 apartment transactions were concluded in all Estonia, which was 290 (i.e. nearly one fifth) more than in June. There is still some distance to cover till the pre-pandemic results (–10% in comparison to 12 months prior to the crisis), but more and more promising results all over Estonia show that people have recovered from the first shock. Next to the number of transactions, during the first seven months the median price has increased by 6% in the comparison of years, which means that the financial volume of the apartment market has dropped only by 7%.

If we must speak of a decline of the apartment market in regard to this year, the market of houses and summer houses has already recovered from the first shock, which is also reflected in the statistical figures: in comparison to the same period last year, only 23 transactions less have been concluded (a mere 1.1%), whereas outside Harju County 44 transactions more were carried out with summer houses. The statistics is also confirmed by the observations of real estate agents that cheaper plots of land and summer houses are most actively sought today. The number of transactions might have been even higher in July but various parties have stated that the loan mills of banks operate more thoroughly and also slower. 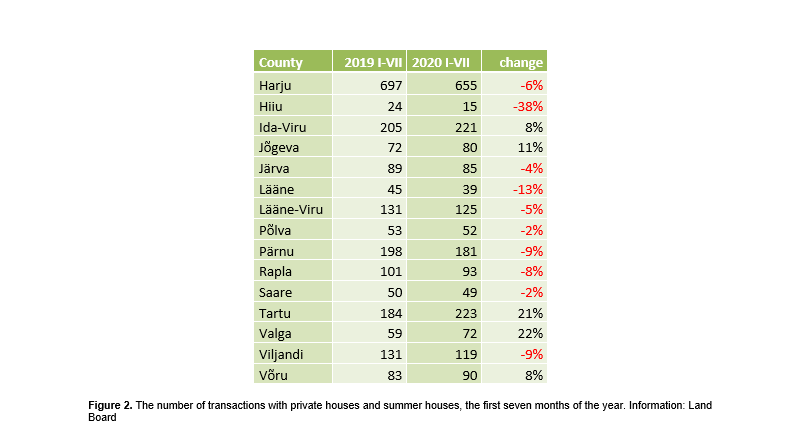 Thus, it is still too soon to speak of a statistical price drop for most types of real estate. There are desirable objects for which the prices have not been lowered; however, flexibility of the seller speeds up the sale and it is also true that with high offering and decreased demand the price of typical older real estate in poorer condition has been affected first.

The price drop has also stopped in the lease market and during the high season also well-furnished lease apartments at good locations are attractive enough, occasionally even for the prices of last year. With the recovery of the lease market, the interest of buyers in investment apartments has also resurfaced. 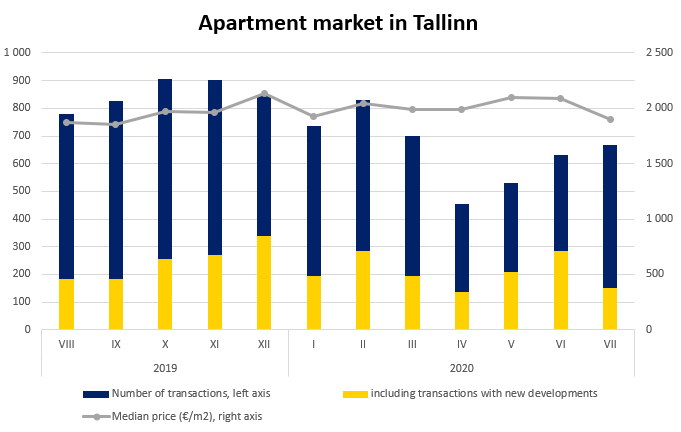 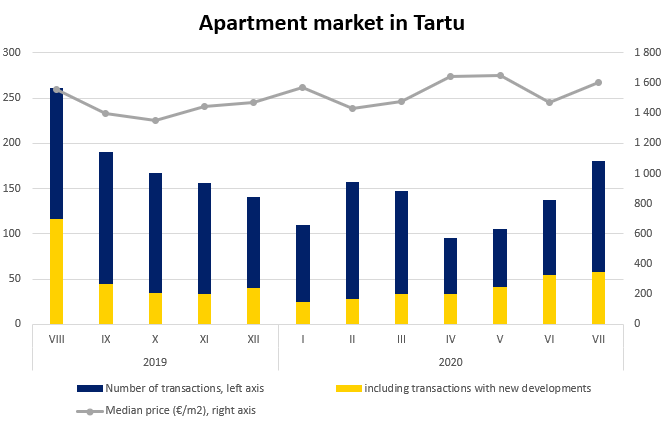 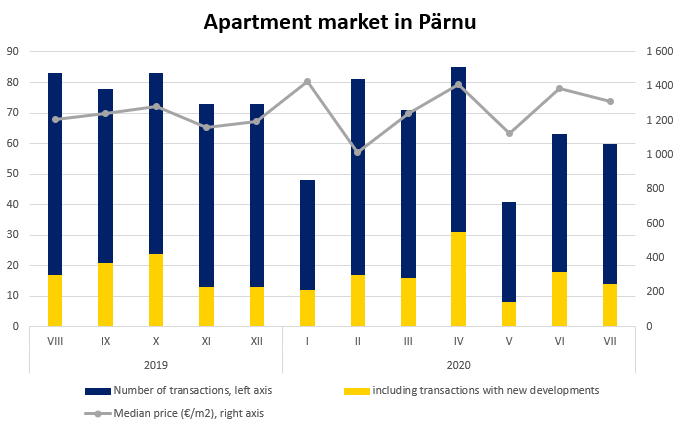